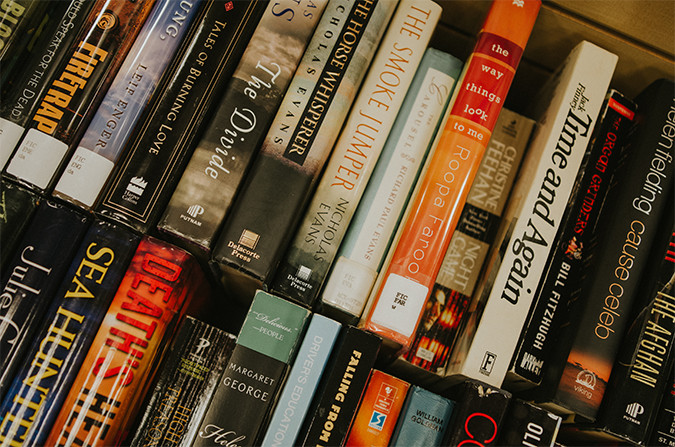 On August 26, 2022, the Friends of the Orange County Library System lost a longtime board member Joe Goldstein.

Joe was an avid library supporter and advocate. He served on the board of the Friends of the Orange County Library System for more than 15 years. He was Board President from 2019 through 2020, and in that role, he helped guide the organization through some tough times. The Friends’ primary income is through book sales, and when the library closed during the pandemic, so did the bookstore. Joe worked with the board to come up with a plan to cut expenses and look at new revenue streams during the shutdown, which helped keep the organization solvent.

During book sales, Joe could often be found working alongside library staff and volunteers at the pricing table. He always went out of his way to promote the library system in the community, helping to obtain support from local businesses for Friends events or special projects, including the library’s Books & Beyond magazine.

Joe was a devoted Rotarian and an avid reader, and he helped to create what has become one of the library’s most popular annual events, the Southwest Author Series, which is held every spring at the Southwest Branch in partnership with the Rotary Club of Dr. Phillips. That series has brought many fantastic authors to speak at the Southwest Branch over the years, including Anne Perry, James Grippando and Kristen Harmel.

In his professional life, Joe was an attorney, and he worked as general counsel to Darden Restaurants as well as BBA Aviation. His opinion and expertise were valued by the library, and he generously shared it with us in multiple ways, serving on committees and offering his opinion with leadership as needed. Most recently, he was part of the Director Search Committee, which narrowed down our field of candidates for the job of Library Director to the final three that were recommended to the board. Even when he was spending time at his second home in Montana, he participated in the Director Search process, Zooming in for meetings from the mountains when he wasn’t in Orlando.

Joe’s voice and his counsel will be greatly missed, as will his generous nature and his camaraderie.